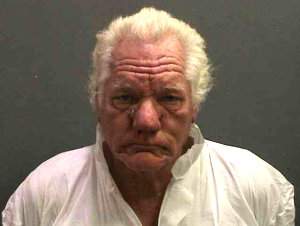 SANTA ANA, Calif. – A registered sex offender was convicted today for the special circumstances murder of a 29-year-old woman in the course of sexually assaulting her in a Stanton motel room. Charles Patrick Drew, 65, transient, was found guilty by a jury of one felony count of special circumstances murder in the commission of rape, sodomy, oral copulation, and sexual penetration by foreign object, one felony count each of rape of an unconscious person, sodomy of unconscious victim, oral copulation of unconscious person, sexual penetration by foreign object of unconscious victim, and aggravated assault. Drew faces a minimum sentence of life in state prison without the possibility of parole. The court will also hear a bifurcated trial on the defendant’s two prior strike convictions for forcible rape and assault with a deadly weapon in Orange County in 1995 at his sentencing on Oct. 23, 2015, at 9:00 a.m. in Department C-28, Central Justice Center, Santa Ana.

Sometime between March 17, 2012, and March 18, 2012, Drew stayed in a rented motel room at Motel 6 in Stanton with 29-year-old Amber Oceja, under the guise that he was the victim’s care-taker. During that time, Drew brutally sexually assaulted the victim while she was unconscious including rape, sodomy, and oral copulation. Drew also used a razor blade to mutilate several parts of the victim’s body. The victim died from a diabetic shock shortly after the sexual assault. Drew then attempted to clean the scene of the crime and dispose of the materials that he had used to clean the room.

On March 19, 2012, Drew walked outside of his motel room and asked someone to call 911 because the victim was unresponsive.

The Orange County Sheriff’s Department responded to the scene and investigated this case.

Assistant District Attorney Ebrahim Baytieh of the Special Prosecutions Unit, formerly of the Homicide Unit is prosecuting this case.