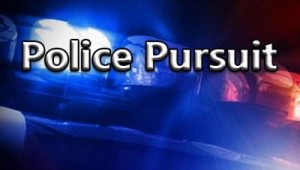 Three unidentified men were caught by the SAPD today after they tried to get away in a stolen car.

Police first tried to pull the men over at Sullivan St. and McFadden Ave., in Santa Ana’s Ward 4, which is represented by Councilman David Benavides, according to the O.C Register.

Pollice chased the men, in their stolen car until they arrived at First and Fairview streets, a few blocks west of the Mexicanisimo Restaurant owned by former Santa Ana City Council candidate Mike Gonzalez.