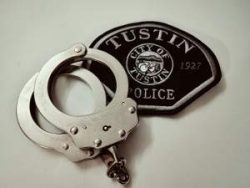 As a result, two drivers were arrested for DUI. 13 citations were issued for unlicensed drivers, 2 for driving on a suspended license, and 10 for various hazardous vehicle code violations. Four vehicles were impounded.

Funding for the operation was provided by a grant from the California Office of Traffic Safety (OTS).

« SAPD police officers seized guns, drugs and cash from two probationers
The Santa Ana Poem of the Week is “Waiting to Become” by Joseph Pedroza »