The SAPD wants to know who or what killed Marco Ramirez 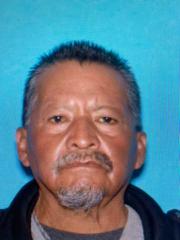 On January 21, 2022, at approximately 4:35 AM, Marco Ramirez (64) was transported to the hospital from 5100 West Westminster Avenue by medical personnel.

Based on information received, it is possible Ramirez could have been involved in a physical altercation prior to being transported to the hospital.