The SAPD is searching for a bicyclist who attacked a driver 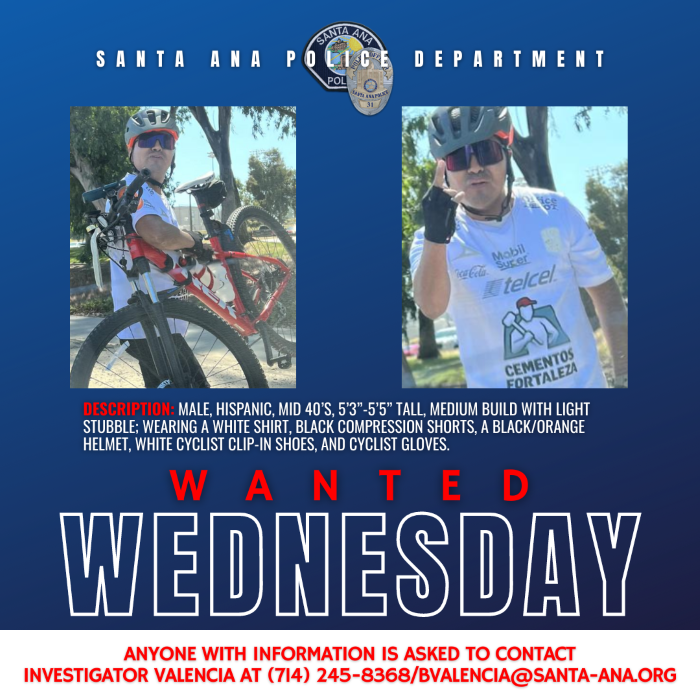 On 8/14/22, at approximately 3:15pm, the victim positioned his vehicle to make a northbound turn from Edinger Avenue onto Fairview Street. As he waited to make the turn, a bicyclist approached in the bicycle lane and proceeded to hit his vehicle.

The victim exited his vehicle and walked towards the suspect. The suspect kicked the victim and attempted to punch him. An argument ensued over the suspect’s actions. The suspect brandished a silver object, believed to be a knife. The suspect fled on his bicycle southbound on Fairview Street.

Anyone with information on the identity/whereabouts of the wanted suspect is asked to contact Investigator Valencia at (714) 245-8368 or BValencia@santa-ana.org.