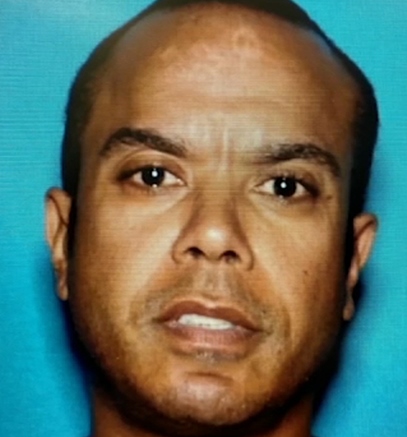 The SAPD is on the lookout for Damon Domici, a 50-year-old who was caught on a surveillance video attacking a man for his cell phone and pouring gasoline on a stranger before fleeing from the scene.

The surveillance video caught the suspect walking around barefoot and wearing a hat before the incident went down, on Jan. 2, at around 10 a.m., at a shopping center near South Coast Plaza.

The suspect parked his car behind a Jack in the Box and then approached a man who was standing there using his cell phone. The suspect then assaulted him, according to the SAPD. The suspect, Domici, was apparently trying to steal the man’s cell phone.

The surveillance video shows a child approaching the fracas. That was the suspect’s child.

The victim finally was able to break free from Domici when the victim’s coworker, a woman, stepped in. At that point Domici headed back to his black SUV.

But the episode was not over. Domici is seen in the video returning to the victim with a can of gasoline and he then pours it on the co-worker, who fights back. Both victims are recovering from minor injuries – and the SAPD detectives know this could have ended a lot worse.

The SAPD believes that Domici is a transient who has past connections to several Orange County cities including Irvine and Costa Mesa. He may even be in Los Angeles County.

Domici’s son is safe and with his mother according to the SAPD.

Anyone with information on this incident or Domici is asked to contact the Santa Ana Police at 714-245-8665.