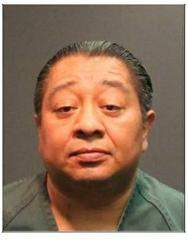 At approximately 6:47 a.m., SAPD Dispatch received a call from a female stating she knew who was involved in the collision that had occurred on Bristol approximately 45 minutes earlier. The female further provided the name of a male, the vehicle description and its license plate and an address where they could be located. Investigators from the SAPD Collision Investigations Unit (CIU) responded to both the collision scene and other location to handle the investigation.

The preliminary investigation has revealed the pedestrian was lying in the #1 northbound lane of Bristol Street when he was struck by the vehicle which was headed north. Following the collision, the vehicle briefly stopped before continuing north on Bristol. The driver, Juan Carlos Alcantara, and the involved vehicle were located at the Santa Ana residence. The driver provided a voluntary blood sample and is believed to not be under the influence of alcohol or drugs at the time of the collision. The pedestrian’s sobriety will be determined through a forensic toxicology analysis completed by the Orange County Coroner’s Office as part of the autopsy.

Driver Juan Carlos Alcantara was placed under arrest and booked into the Santa Ana City Jail for 20001(A) CVC, Hit & Run – Felony, and 12500(a) CVC, Unlicensed Driver.

Anyone possibly having information about this collision are asked to contact the Santa Ana Police Department’s Traffic Division at (714) 245-8200.

« The SAPD is trying to identify three suspects involved in a shooting back in September
Parents from Zacatecas were reunited with their children after 15-20 years, in Santa Ana on Saturday »