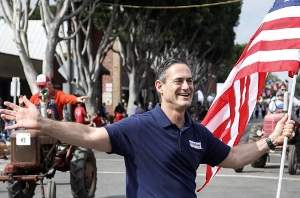 In mid-November 2019, District Attorney Todd Spitzer became aware of the extent of evidence booking issues within the Orange County Sheriff’s Department (OCSD) and the existence of department-wide internal audits. District Attorney Spitzer had not been made aware of the extent of these audits previously and only became aware of the matter on November 15, 2019 when he was informed about it from a local newspaper reporter. Although OCSD believes the OCDA should have known, the OCDA questions why the Sheriff’s Department made it so difficult to understand the extent of the issues with evidence booking.

Upon learning of the full extent of the audits, District Attorney Spitzer immediately requested additional information from the Sheriff’s Department about potentially impacted criminal cases to ensure that the District Attorney’s Office was able to “identify any and all cases handled by the OCDA where a defendant’s due process rights may have been negatively impacted by having evidence collected but not booked.”

District Attorney Spitzer also directed two senior prosecutors to oversee the office’s response. Because of the deficiencies in the Sheriff’s audit, District Attorney Spitzer ordered a hand-search of all cases resulting in a conviction over a three-year period – from March 2015 to March 2018 – to determine if there were cases where evidence was collected but not booked.

The OCDA reports on the Sheriff’s Department Evidence Booking Issues can be found here.