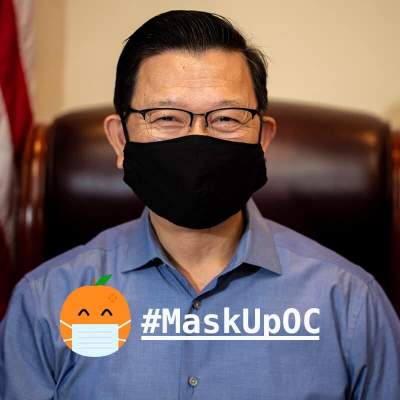 Orange County First District Supervisor Andrew Do was unanimously elected as the new Chairman of the Orange County Transportation Authority Board of Directors, which is responsible for planning, funding, and delivering transportation-improvement projects and public transit for all of Orange County.

Chairman Do served as the OCTA board’s Vice Chairman for the last year. He replaces outgoing Chairman Steve Jones, the Garden Grove mayor, who remains on the board.

“It is an honor to be selected by my colleagues to lead OCTA’s Board of Directors this year,” said Chairman Do. “I look forward to working with them and the public to provide a balanced, sustainable, and innovative transportation system to keep Orange County moving. Considering the challenges of the past year, I recognize how essential public transit and improvement projects are to ensuring our communities are safe, healthy, and financially sound.”

Born in Vietnam, Chairman Do fled to the U.S. with his family after the Fall of Saigon and grew up in Garden Grove. After attending the University of California at Davis for his undergraduate degree, he attended the University of California, Hastings College of the Law and received his Juris Doctor. He taught for three years as an Adjunct Professor at Cal State University, Fullerton and served as a Judge Pro Tem at Orange County West Municipal Court.

After several years providing legal representation to poor and indigent defendants, Chairman Do worked as an Orange County Deputy District Attorney. He has also given back to his community by serving as a Garden Grove City Councilman, the President of the Asian Bar of California, and an elected member of the Orange County Bar Association’s Board of Directors.

Elected by the board to serve as Vice Chairman was Director Mark A. Murphy, also the mayor of Orange. Murphy has served on OCTA since 2017. Murphy has served as chair of OCTA’s Regional Planning and Highways Committee, as a member of the Executive Committee and SR-91 Advisory Committee.

Sworn in today as new members to the OCTA Board were Santa Ana Mayor Vicente Sarmiento and Mission Viejo Mayor Brian Goodell.

Sarmiento serves as president of the Orange County Water District Board of Directors and was sworn in as Santa Ana mayor in December 2020.

Goodell is a two-time Olympic swimming champion and was elected to Mission Viejo City Council in 2016 and won re-election in 2020.