The OCDA received a $2.9M state grant to combat DUIs 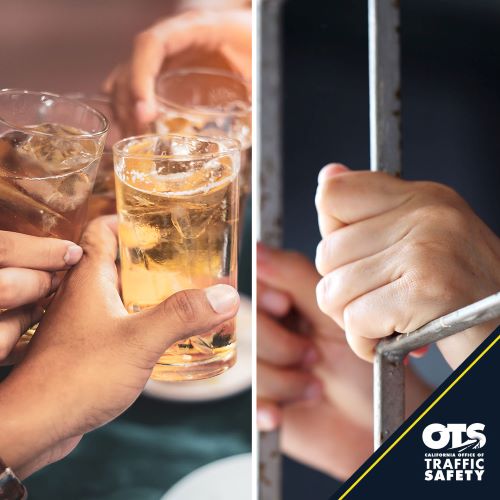 SANTA ANA, Calif. – The Orange County District Attorney’s Office (OCDA) is proud to announce that it has been once again chosen by the California Office of Traffic Safety (OTS) to serve as the statewide traffic safety training agency in an ongoing effort to combat drugged and drunk driving across California. This year’s $2.9 million in OTS grants will provide the OCDA with an exciting opportunity to roll out its new multi-day impaired driving course that will provide new law enforcement officers across California with cutting edge training to learn the basics of identifying drunk and drugged drivers.

The number of drug-impaired driving cases investigated and prosecuted across California significantly increased in the wake of the state’s 2016 decriminalization of marijuana.

OTS has awarded the OCDA two grants totaling $2.9 million to fund the office’s Alcohol and Drug Impaired Driver Vertical Prosecution Program, which dedicates eight prosecutors and one investigator to prosecuting drugged and drunk driving cases, as well as continue the California Traffic Safety Resource Prosecutor (TSRP) Training Network, which trains California law enforcement and prosecutors on how to effectively prosecute driving under the influence of drugs cases.

“Drugged and drunk driving has reached crisis levels here in Orange County and throughout California – and innocent people are dying,” said Orange County District Attorney Todd Spitzer. “I’m incredibly proud of the innovation and dedication my prosecutors, investigators, and support staff demonstrate every day in helping to curb this deadly epidemic and save lives. By taking the statewide lead in providing police officers and prosecutors with cutting edge training, we are holding drugged and drunk drivers accountable and make California streets safer.”

This year, OCDA was awarded $1,329,655 for the Alcohol and Drug Impaired Driver Vertical Prosecution Program and $1,523,624 for the California Traffic Safety Resource Prosecutor Training Network.

In October 2016, OCDA expanded its traffic safety training role to the Southern California region, serving as the lead agency in prosecution and law enforcement training. This includes the delivery of live training, roundtables, training videos, and legal updates. In 2017, OCDA began to develop a statewide training program through its administration of the TSRP Training Network. As part of this process, OCDA has begun to align law enforcement and prosecution agencies throughout the state to create a massive statewide training, resource and education network. This responsibility offers agencies throughout the state the opportunity to share expertise in traffic safety as the OCDA works in partnership to proactively investigate and prosecute traffic related crimes, increasing public safety in all jurisdictions throughout California.

As part of these OTS grants, OCDA maintains eight vertical DUID prosecutors assigned to handle cases from beginning to end throughout Orange County. These deputy district attorneys review, file and prosecute nearly all drug-impaired driving cases filed in Orange County. Additionally, OTS has provided funds for a full-time drug recognition expert who will be available to the Orange County DUID vertical prosecutors for training, consultation, and courtroom testimony.