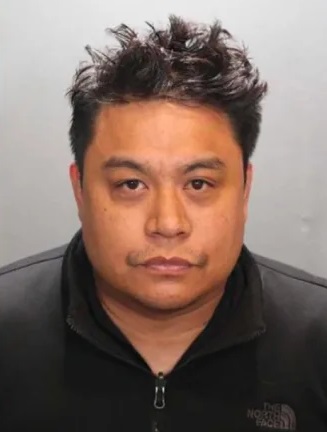 SANTA ANA, Calif. – An Orange County children’s ministry director who also taught music and dance and worked as an after school program leader has been charged with sexually assaulting a teenage girl and secretly recorded her to make child pornography. Due to his extensive employment history involving children-centered jobs, authorities are asking the public’s help in identifying any other potential victims.

Sonny Angel Cabugao Boloico, 39, of Aliso Viejo, was arrested by the Orange Police Department on October 31, 2022 on suspicion of numerous sexual assault crimes against a teenage girl.

Boloico faces a maximum sentence of 11 years and four months if convicted on all charges.

He is scheduled to be arraigned on December 16, 2022 at the Central Justice Center in Department C55. He is currently being held at the Theo Lacy Facility in lieu of $500,000 bail.

He worked at the Community Roots Academy in Laguna Niguel, the Orange County Children’s Theraputic Arts Center in Santa Ana, the Southeastern California – OC Grace Church in Garden Grove, Aldersgate United Methodist Church in Tustin, and Storeybook Creative Dance in Orange. Boloico last worked for the Newport Subacute Healthcare Center in the City of Costa Mesa where he worked with the elderly.

“Parents should have the peace of mind that the teachers and clergy they have around their children are there to teach them not to prey on them,” said Orange County District Attorney Todd Spitzer. “It is unconscionable that this individual used a position of trust to groom his young victim and exploit her vulnerability in such a sick and twisted way.”

Anyone with information about additional potential victims is asked to contract Orange Police Department Detective Augie Rocha at 714-744-7579.