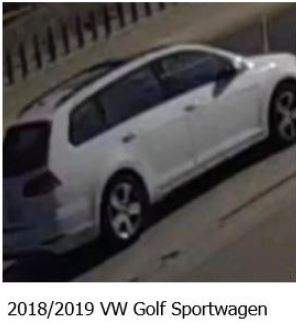 SANTA ANA, Calif. – The Orange County District Attorney’s Office and the California Highway Patrol are asking the public to come forward with any information regarding additional incidents involving firearms and the two suspects charged in the murder of 6-year-old Aiden Leos during a road rage incident on the 55 freeway.

Six-year-old Aiden Leos was in the backseat of his mother’s car on his way to kindergarten in Yorba Linda on May 21, 2021 when he was shot and killed near Chapman Avenue.

Wynne Lee, 23, is accused of being behind the wheel of her white Volkswagen Golf Sportwagen when Marcus Anthony Eriz, 24, shot and killed the Costa Mesa kindergartener during a road rage incident.

Just days after Aiden was shot and killed, Eriz is accused of again brandishing a gun at the driver of a blue Tesla on the 91 freeway near Corona. Lee is accused of again being behind the wheel of her white Volkswagen Golf Sportwagen when Eriz displayed his firearm in the direction of the Tesla driver.

The Orange County District Attorney’s Office is asking anyone who had any interactions with a 2018/2019 white Volkswagen Golf Sportwagen on the 55 freeway in Orange County or the 91 freeway in Orange and Riverside counties involving shots being fired or a gun being brandished to come forward. The incidents would have occurred between December 2020 and June 2021.

The Orange County District Attorney’s Office has set up a dedicated hotline for tips at: 714-834-7000. Information about the suspects and prior firearm brandishing incidents can also be emailed to tips@da.ocgov.com

Eriz, 24, of Costa Mesa has been charged with one felony count of murder, one felony count of shooting into an occupied vehicle, and two felony enhancements of the personal discharge of a firearm causing great bodily injury and death. He faces a maximum sentence of 40 years to life in state prison if convicted on all counts.

Lee, 23, of Costa Mesa, has been charged with one felony count of accessory after the fact and one misdemeanor count of having a concealed firearm in a vehicle. She faces a maximum sentence of three years in state prison and one year in the Orange County Jail if convicted on all charges.

Call the Orange County District Attorney’s Office hotline at 714-834-7000 if you have any information regarding prior firearms incidents involving Eriz or Lee. Information about the suspects and prior firearm brandishing incidents can also be emailed to tips@da.ocgov.com