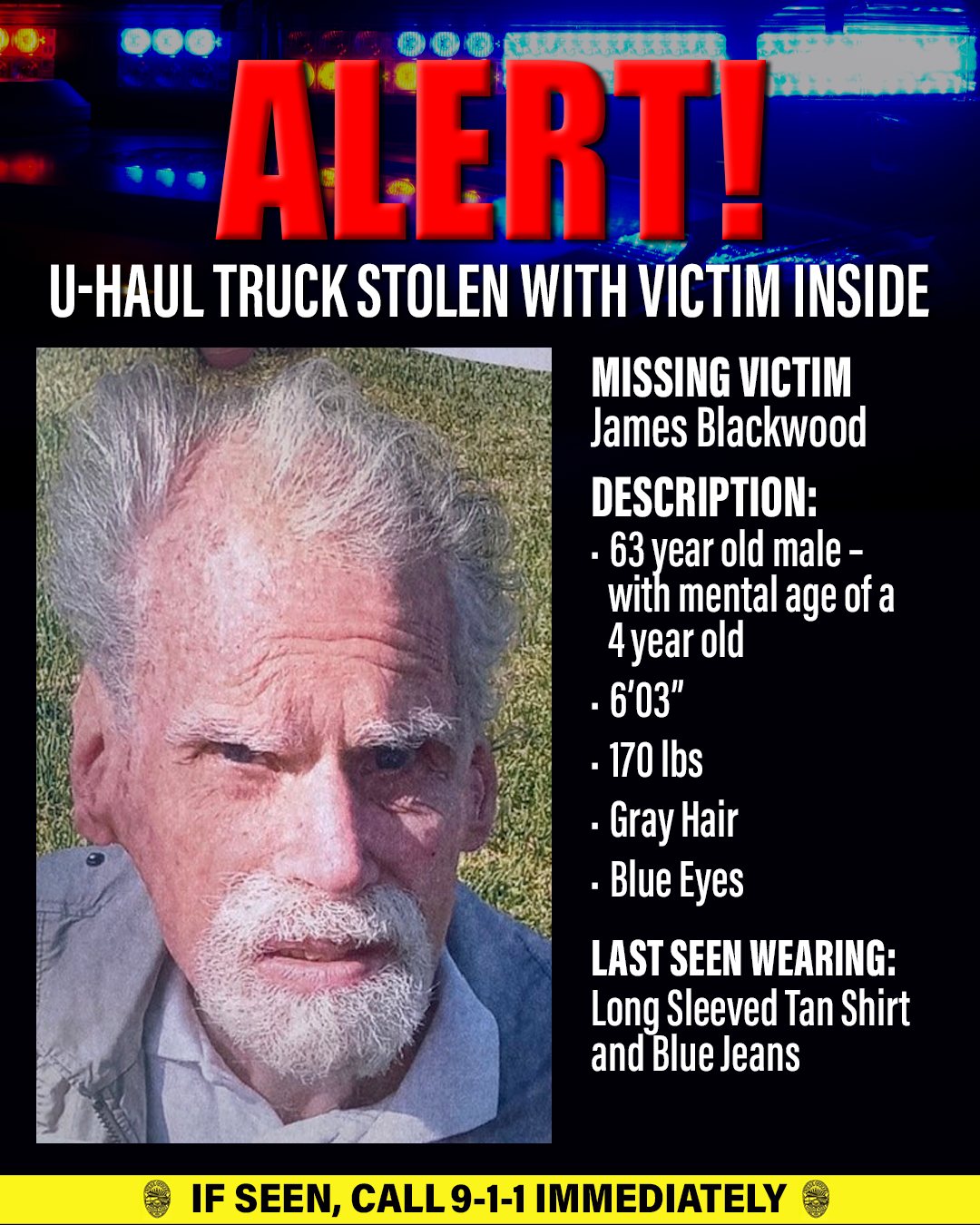 Anaheim Police officers were able to track down a stolen U-Haul truck and the elderly autistic man, James Blackwood, 63, who was in the truck when it was stolen on Wednesday.

On Wednesday, June 22, 2022, at around 2:20 p.m. , the Anaheim Police Department Communications Center received a call of a stolen vehicle in the 3100 block of W. Lincoln Ave. When officers arrived, they spoke with the reporting party, who explained a U-Haul truck they had rented had been stolen.

Additionally, officers learned a 63-year-old autistic male, with a mental age of a four-year-old, was inside the vehicle.

The U-Haul truck was entered into the stolen vehicle system and an Endangered Missing Advisory was issued for the missing elderly autistic adult.

Both Blackwood and the stolen U-Haul were located at the 3000 Block of S. La Brea Blvd. in Los Angeles.

Detectives from the Anaheim Police Department Robbery and Major Assault Detail worked on this case.