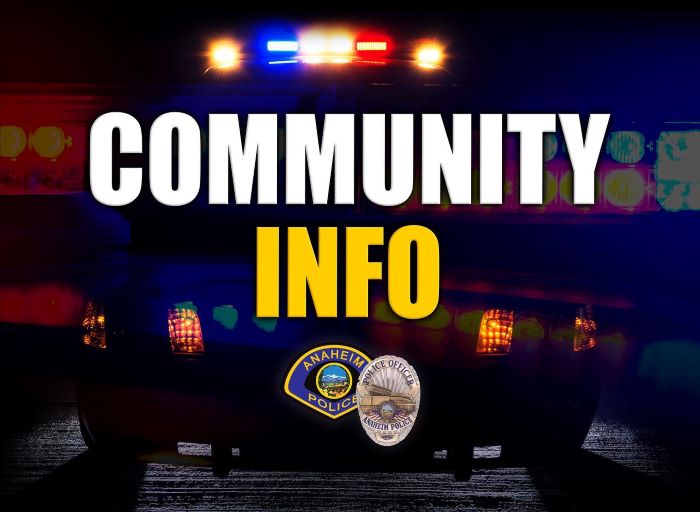 On Friday, 9/2/22, at about 12:19 a.m., Anaheim PD officers responded to an Anaheim area hospital to investigate a report of a domestic violence incident. Officers arrived at the hospital where they contacted a 30-year-old female victim suffering from various physical injuries.

The victim identified her boyfriend, 35-year-old Gonzalo Dominguez, as the suspect in her assault. The female reported that the assault took place in Dominguez’s home located in the 2700 block of W. Parkside Lane. The victim also told officers that Dominguez possessed multiple guns.

Simultaneously, as additional APD officers arrived at the suspect’s residence to set up a containment and attempt communications with the suspect, APD dispatch received a call from personnel on the Orange County Health Care Agency’s – Mobile Crisis Assessment Team (CAT) who had contact with Dominguez and reported that Dominguez was threatening to shoot someone.

Just after 2:30 a.m., Dominguez exited his residence through the garage holding an AR-15 style rifle. A confrontation with officers occurred and an officer-involved shooting took place, Dominguez was not struck by gunfire or injured as a result of the shooting. After the shooting, Dominguez retreated back into his residence. On scene police personnel continued negotiating with Dominguez who peacefully surrendered at 3:24 a.m.

Dominguez was transported to the APD without incident. Dominguez was arrested for a variety of felony charges including domestic violence, assault with a deadly weapon, and assault on a police officer. APD Homicide Detectives and the APD Major Incident Review Team (MIRT) responded to the scene to conduct an investigation regarding the officer-involved shooting. No police personnel were injured during the incident.