SANTA ANA – A parolee sex offender on GPS monitoring was arraigned today on charges of pimping and pandering an 18-year-old woman. Eddie Bridges, 36, Compton, was charged today with one felony count each of pimping and pandering by procuring and sentencing enhancements for serving separate prison terms and not remaining free for five years: two prior convictions in 1996 and 1998 in King County, WA, for possession with intent to sell a controlled substance, one prior conviction for possession of marijuana in Maricopa County, Ariz., one prior conviction in Los Angeles County in 2007 for pandering of a minor, and one prior conviction in Los Angeles County in 2011 for attempted pandering. If convicted, he faces a maximum sentence of 11 years in state prison. He is being held on $100,000 bail and must prove the money is from a legal and legitimate source before posting bond. Bridges was arraigned today and is scheduled for pre-trial on June 3, 2014, at 8:30 a.m. in Department C-55, Central Justice Center, Santa Ana. END_OF_DOCUMENT_TOKEN_TO_BE_REPLACED 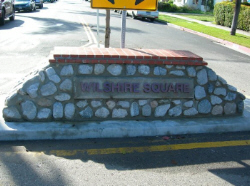 Dance under the stars of a “Tropical Night” to American and Latin Pop music of the Eddie Banuelos Orchestra on Saturday, July 30, 7-11 pm in historic Wilshire Square Neighborhood Association’s 1100 block at S. Ross St. and W. Russell St.