LOS ANGELES – A federal grand jury today indicted an Orange County man on charges that he fraudulently obtained access to Boeing employees’ retirement accounts and siphoned their money by making hundreds of thousands of dollars’ worth of fraudulent money transfers to himself.

Hoa Vo, 30, whose aliases include “Hoa Thanh Tran Vo” and “Andy Vo,” of Santa Ana, is charged with three counts of bank fraud and one count of aggravated identity theft.

According to the indictment, from January 2019 to June 2019, Vo obtained the personal identifying information of Boeing employees, along with information about their retirement accounts, known as Voluntary Investment Plan (VIP) accounts. Vo then allegedly made fraudulent withdrawal requests for checks and electronic money transfers totaling hundreds of thousands of dollars from the VIP accounts of various Boeing employees.

If convicted of all charges, Vo would face a statutory maximum sentence of 92 years in federal prison.

This case is being prosecuted by Assistant United States Attorney Daniel S. Lim of the Santa Ana Branch Office.

At the time of the crime, Mordaunt was working in the Information Technology Department of the Boeing Company in Seal Beach. END_OF_DOCUMENT_TOKEN_TO_BE_REPLACED 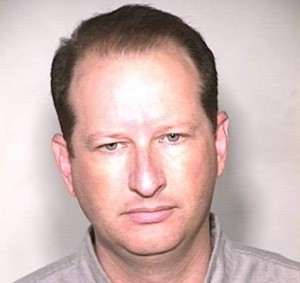 WESTMINSTER – The Orange County District Attorney’s Office (OCDA), Cypress Police Department (CPD), and Garden Grove Police Department (GGPD) are seeking the public’s help identifying potential additional victims of a man charged with contacting underage victims through social media with the intent of committing lewd acts. Michael Theodore Mordaunt, 45, Cypress, is charged with 14 felony counts of contacting a child with the intent to commit a specified crime, five felony counts of lewd acts upon a child, two felony counts of lewd acts upon a child under 14, two felony counts of meeting a minor with the intent to engage in lewd conduct, one felony count of possession and control of child pornography, and a sentencing enhancement allegation for substantial sexual conduct with a child. If convicted, Mordaunt faces a maximum sentence of 27 years and four months in state prison and mandatory lifetime registration as a sex offender. He is out of custody on $300,000 bail and is expected to be arraigned Monday, July 28, 2014, at 8:30 a.m. in Department W-2, West Justice Center, Westminster. END_OF_DOCUMENT_TOKEN_TO_BE_REPLACED