On February 21, 2022, at 6:59 P.M., the Santa Ana Police Department received multiple calls regarding a male bicyclist down in traffic lanes in the area of 3800 West 1st Street. That is at the intersection of West 1st St. and South Harbor Blvd.

Officers from the Santa Ana Police Department along with the Orange County Fire Authority responded to the scene where the male bicyclist was declared deceased.

Based on the preliminary investigation, the male bicyclist was headed south on Figueroa Street through 1st Street when he was struck by a vehicle headed east on 1st Street.

A bicyclist was killed in Santa Ana on Friday morning, Oct. 29. at around 6:34 a.m., at the intersection of McFadden Avenue and South Bristol Street.

A vehicle struck the victim was he rode a bicycle. The driver of the vehicle fled the scene right away, according to the SAPD.

The victim has been identified as Justin Sanders, age 24.

Sanders was declared dead at the scene by the responding paramedics.

SAPD investigators are still trying to identify the hit-and-run suspect. 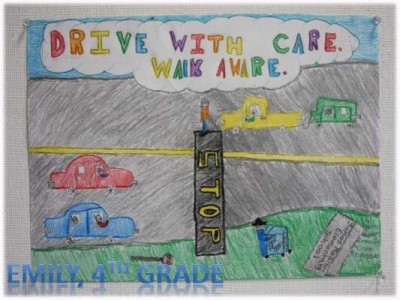 Police officers and OCFA paramedics performed CPR on the victim, but they were not successful. She died at the accident location due to “severe injuries to the head and chest.”  END_OF_DOCUMENT_TOKEN_TO_BE_REPLACED

On 11/15/2014 at 5:30 pm officers responded to the 300 block of N. Harbor Blvd for a pedestrian down in the vicinity of 5th/Harbor. Officers determined the pedestrian down was a result of a collision between a vehicle and an adult male riding on a bicycle. END_OF_DOCUMENT_TOKEN_TO_BE_REPLACED