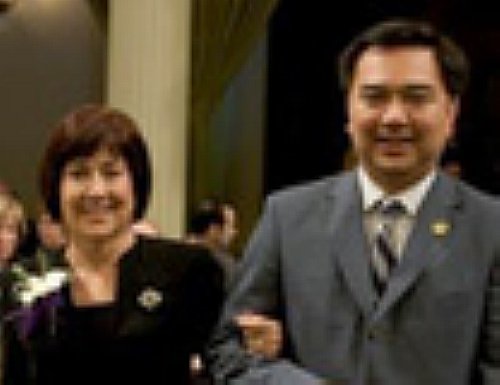 Time for Van Tran (R-CA-47) to Answer Some Questions

Van Tran, running against Representative Loretta Sanchez, has kept a noticeably low profile on the campaign trail these past months. No surprise there.

After all, earlier this year an Orange County Register investigation revealed that Tran received $137,000 in tax-free, taxpayer funded per diem during his years in Sacramento, which he used to purchase a 2,658-square-foot house allowing him to, as the Register noted, “…enjoy every aspect of home life while also collecting more than $137,000 in allowance for being away from home during the legislative session.”

And let’s not forget about Tran’s interference last August in a DUI investigation involving a local city councilmember. Tran was so disruptive, and had to be warned multiple times not to interfere, that a police sergeant on the scene had to threaten him with arrest to get him to stay away.

“For months and months, Van Tran’s done everything he can to avoid answering the tough questions, but now that he’s the nominee, Tran owes Orange County voters a full explanation of exactly what happened,” said Andy Stone, Western Regional Press Secretary for the Democratic Congressional Campaign Committee.