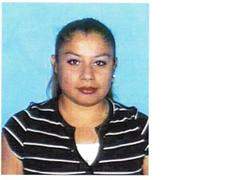 Officers responded to a residence in the 1000 block of South Austin for a reported shooting. Officers arrived to find a 30 year old woman who was unconscious and suffering from a small puncture wound to the upper chest. A 34 year old male at the scene advised officers, he had accidentally shot the woman in the chest with his BB rifle.

The woman was transported to UCI Medical Center by paramedics and was pronounced deceased. Homicide detectives have responded to South Austin location the investigation is ongoing.

« Council Member Martinez’ hysterical stance on CDBG funds is self serving
The SAPD will conduct a DUI checkpoint on April 20, at 2400 W. 5th St. »