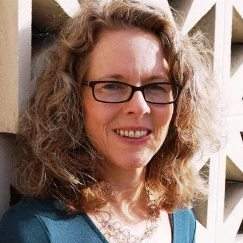 City Hall insiders say that Haluza was reportedly pushed out of her current job in Santa Ana by Councilman David Benavides and his Planning Commissioner Phil Bacerra, who were both embroiled in a scandal this year when Bacerra steadfastly refused to fill out and turn in communication disclosure forms that are mandated for our Planning Commissioners.  Bacerra finally buckled after facing removal from the Planning Commisison.

Haluza’s exit from Santa Ana is bad news for those who support increased transparency in our local government.  Trevino and Haluza both worked hard to make their agency more transparent – and their detractors want to restore the backroom maneuvers that once were de rigueur in our Planning Agency.

Hopefully the Santa Ana City Council will find a new Planning Director who will support transparency and oppose over-development of our city.  Haluza will leave big shoes to fill!  We thank her for her hard work and contributions to our community.

Haluza has a Masters Degree in Public Administration from California State University Fullerton.  She has ” administered multi-million dollar budgets, managed dozens of municipal employees, reviewed and approved hundreds of staff reports, participated in employee bargaining unit negotiations and conducted countless public meetings,” according to her bio.

Haluza began her career in local government almost 20 years ago as an intern with the City of La Mirada where she worked on grant funding for the Human Services Department and public relations for the Public Information Office. She next served as an Administrative Aide with the City of La Habra Heights where she did everything from getting the City Manager’s car washed to managing contracts for slurry sealing. Working for this small, rural city, with a full-time staff of eight, she learned every aspect of what it takes to run a city.

Her next position was with the City of Brea as an Analyst. She spent the next 13 years of her career in Brea taking progressively more responsible positions that finally resulted in her being appointed to the position of Senior Planner in the Development Services Department. During her tenure with Brea she was part of the dynamic team that implemented that community’s vision for its downtown resulting in the award-winning Birch Street Promenade.

« Free outdoor movies at the DTSA Farmers’ Market every Thursday in December
Traffic Sig Alert at the 700-1000 blocks of South Raitt St. due to water main break »