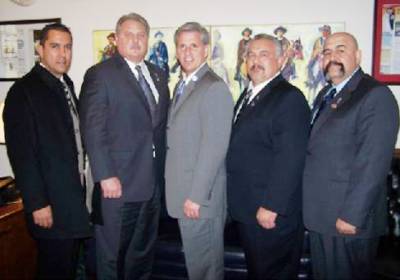 “Eric Alderete is committed to keeping our kids and neighborhoods safe,” said SAPOA President John Franks. “We know he understands that a safe city is critical to the continued growth of Santa Ana and we are proud to endorse his campaign for the Ward 3 seat on the Santa Ana City Council.”

“It is a great honor to have the support of the men and women of the Santa Ana Police Officers Association,” said Alderete. “The SAPOA’s endorsement carries great significance with Santa Ana residents. I look forward to working closely with them over the course of our campaign.”

« Santa Ana man sentenced for raping two women and stabbing one of them
Grandpoint Bank donated $3,000 to the Santa Ana Boys & Girls Club »