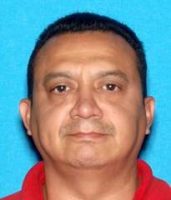 Jose Luis Aguilera, a 42, a Santa Ana man accused of molesting four girls aged 8 to 12 that he met at his Jehovah’s Witness congregation, is on trial this week, according to the O.C. Register.

Aguilera’s defense attorney, Sara Ross of the Orange County Public Defender’s Office, told the jury that her client was a victim of “false accusations.” That’s right – Ross essentially said that all of the girls Aguilera allegedly molested are liars.

Aguilera  is charged with several felonies including nine counts of lewd or lascivious acts with a minor younger than 14 and one count of kidnapping for child molesting. The charges date back as far as January of 2o12 through 2015.

Ross, the public defender, said that the allegations were false stories, fake memories and false accusations. No wonder so many women do not file claims when they are harassed or molested!

Ross said that the church congregation kicked Aguilera out after they conducted their own investigation. Ross claimed that the girls made up the allegations because of all the talking by the members of the congregation. She also blamed social workers who allegedly asked the girls questions in such a way that they ended up adding details to the victims’ accounts.

Ross said she is going to have experts testify on the Jehovah’s Witness religion and the psychiatry of false memories and suggestive questioning. Ross also said that one victim changed her story four times after several interviews.

Ross also said that one girl at first denied she was molested – after telling the police that Aguilera was nice to her and he gave her a teddy bear.

Brown said that Aguilera routinely gave the victims money and gifts and them took them to eat at a Burger King – to keep them from talking about the ongoing molestation.

We have to wonder why the parents were not more protective of their children?