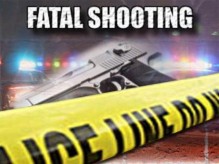 On February 16, 2016, at about 6:45pm, officers responded to the 1100 block of South Harmon Street reference a call of a person shot. When officers arrived they located a male Hispanic, 24 years of age, suffering from a gunshot wound to the body.

The victim was transported to a local hospital where he later succumbed to his injury.

Homicide detectives responded to the scene and are conducting an ongoing investigation.

Anyone with information on the shooting is asked to contact the Santa Ana Police Department, Homicide Section at 714-245-8390 or Orange County Crime Stoppers at 1-855-TIP-OCCS.