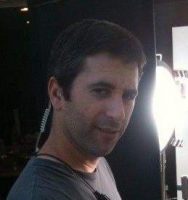 SANTA ANA, CA – A lawsuit has been filed against a Hollywood assistant director by attorney Eric Traut of Traut Firm following seven years of “peeping tom” footage discovered on a home computer, several hard drives, and a criminal conviction of invasion of privacy, on behalf of three of the victims, filed in LA County courts, August 11.

Many of the “Peeping Tom” incidents occurred during filming of more than 50 movies and music videos on which AD Kevin Thomas Roy had unique access during his employment to prey on actors and actresses. Frequently, his work role included the task of setting up the designated changing and private areas on set. Footage was also obtained during private events including a child’s birthday party and on a relative’s honeymoon in a Las Vegas hotel room.

Attorney Eric Traut is suing on behalf of the victims for damages for invasion of privacy, emotional distress, and trespassing, among other violations of civil code. Says Traut, “It is my hope that through this legal action, my clients can recover mentally and emotionally from the harm caused to them by being filmed undressed without their consent for Mr. Roy’s own prurient interests.”

Eric Traut distinguished himself early as one of the top trial attorneys in Southern California when he was recognized as the youngest winner of the prestigious Trial Lawyer of the Year award in the history of the Orange County Trial Lawyer Association. Eric has handled high-profile cases that have resulted in appearances on Good Morning America, Fox News, Court T.V., and ABC’s “Primetime.” Eric is rated AV Preeminent, the highest possible rank under Martindale Hubbell’s peer rating system, and is among fewer than 100 California attorneys certified by the National Board of Trial Advocacy as a civil trial specialist. http://erictraut.com.