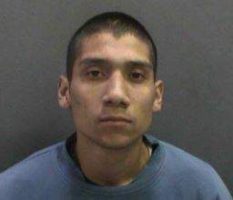 SANTA ANA, Calif. – A gang member was sentenced today to life in state prison without the possibility of parole for murdering an innocent bystander in a retaliatory gang shooting in Santa Ana.

Sentence: Life in state prison without the possibility of parole, 25 years to life