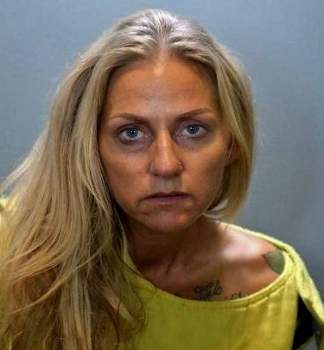 SANTA ANA, Calif. – A 40-year-old woman has been charged with murder for being under the influence when she hit and killed a 23-year-old woman who was 8-months pregnant who was out for a walk with her husband in Anaheim Tuesday evening. The couple’s infant daughter remains in critical condition after being delivered through an emergency C-section following the death of her mother.

“This is beyond shocking and it is absolutely reprehensible. There is no reason why a 23-year-old mother is dead and her daughter will grow up without ever seeing her mother’s smile or hearing her voice,” said Orange County District Attorney Todd Spitzer. “This was 100 percent preventable. This woman knew the consequences of driving under the influence and she did it anyway. As a member of the State Assembly, I authored the Steve Ambriz Act to be able to charge impaired drivers with murder. The ultimate goal is to prevent drivers from getting behind the wheel of a vehicle while impaired and causing these senseless deaths because they understand the consequences of being charged with murder and a life sentence. This was not an accident. It was a choice – and it was a deadly one.”

On August 11, 2020 Yesenia Aguilar was holding hands with her husband around 7:30 p.m. while walking on the sidewalk on Katella Avenue near Bayless Street in the city of Anaheim. Aguilar was 8-months pregnant.

A white Jeep SUV driven by Pandolfi was seen jumping the curb, crashing into a metal newspaper stand. She continued to drive down the sidewalk, hitting Aguilar. Her husband was not injured.  Pandolfi continued driving until her vehicle become disabled.

Aguilar died from her injuries. Doctors performed an emergency C-section to save her unborn baby’s life. She remains in intensive care.