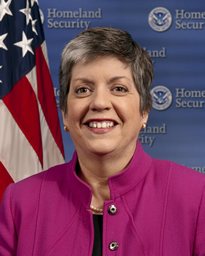 “A budget priority that I have continually advocated for is grant funding for local law enforcement through the Urban Area Security Initiative,” said Rep. Sanchez. “This grant program is critical to adding an extra layer of security in Orange County – in particular due to our vast array of government facilities, theme parks, large entertainment and sports venues, seaports and close proximity to a nuclear plant. I am concerned the Republicans will cut this particular grant funding by over $87 million in the continuing resolution passed by the House, which could lead to the elimination of the UASI grant program in the OC. Secretary Napolitano echoed my concern that these misplaced priorities to local counterterrorism initiatives are unreasonable, irresponsible, and may threaten the safety of our homeland.

“The President’s budget also included cuts to the US-VISIT program, and I was disheartened to hear Secretary Napolitano downplay the importance of the exit portion of this crucial national security program and compliance with Congressional mandates for an exit system. As the former Chairwoman of the Border, Maritime and Global Counterterrorism Subcommittee, I have presided over multiple hearings regarding the US-VISIT exit program and I believe US-VISIT is crucial to ensuring those who enter our country, on a temporary visa, leave it as well. ”