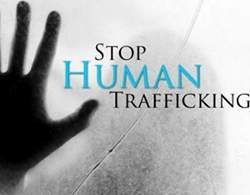 SANTA ANA, Calif. – A parolee sex offender on a GPS monitoring device was sentenced Friday, June 17, 2016, to eight years in state prison for the pandering and attempted pimping of an 18-year-old woman. Eddie Bridges III, 38, Compton, was found guilty by a jury on July 29, 2015, of one felony count of attempted pimping and one felony count of pandering by procuring. The defendant’s sentencing enhancements for prior prison convictions in Los Angeles County in 2007 for the pimping and pandering of a minor, pimping and pandering of an adult, and a prior prison conviction in 2011 for attempted pandering, and serving separate prison terms but not remaining free for five years, were also found to be true.

Bridges is a pimp who exploits women and/or children for financial gain. Pimps often establish rigid rules that their victims are expected to follow such as addressing the pimp as “Sir” or “Daddy.”

At the time of the crime, Bridges was wearing a GPS monitoring device as a parole condition and considered a high-risk registered sex offender.

At approximately 3:50 a.m. on May 21, 2014, a Santa Ana Police Department (SAPD) officer observed the victim actively soliciting sex purchasers in the area. SAPD contacted Jane Doe and began investigating this case. During the investigation, SAPD located Bridges in a nearby car, and discovered a ticket in the vehicle that the victim had received in Los Angeles County on May 17, 2014, for loitering with the intent to engage in prostitution. SAPD identified Bridges as Jane Doe’s pimp and arrested the defendant at the scene. The defendant’s GPS monitoring device confirmed his location.