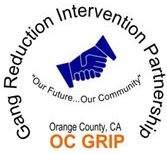 The 15 minors were taken by police car to the Orange County Sheriff’s Department (OCSD) until their parents arrived and picked them up. Before releasing the youths, OCDA and OC GRIP representatives and officers met with the detained minors’ parents and discuss the dangers and legal consequences involved for those who violate curfew. Legal ramifications could include misdemeanor criminal prosecution with penalties ranging from fines up to six months in jail for the parent, or juvenile hall for the child, plus the associated financial costs. Parents and children also met with probation officers who provided helpful resources for substance abuse treatment, parenting classes, and family therapy.

“Nothing good happens between the hours of 10:00 p.m. and 5:00 a.m., when you are a minor out on the streets without parental consent or supervision,” said District Attorney Tony Rackauckas. “Children who are out after curfew open themselves up to becoming victims of crime and we want to educate parents about the risks involved. I am very proud of the OC GRIP program and all they offer to our community,” said Rackauckas.

Curfew times vary by city, but begin at either 10:00 or 11:00 p.m. and last through 5:00 a.m. During this time, minors are prohibited from being out in public unless accompanied by a parent or guardian. Exceptions are made for minors participating in employment, educational, or emergency activities. On-duty teams conducted the sweeps in areas with a high volume of gang and/or criminal activity during their regular patrol at no additional cost to taxpayers.