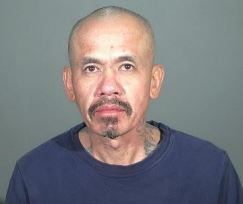 In early November, 2021, Torrance Patrol Officers responded to the area of 23500 block of Pennsylvania for a call of shots fired. During their initial investigation, officers discovered the victim was assaulted (pistol-whipped) by the suspect, and while fleeing the assault was shot at by the suspect.

The suspect fled the scene prior to officer’s arrival. Detectives from our Crimes Persons Section immediately began their investigation and were able to identify the suspect, Phuc Hoang, age 55 from Orange County.

As Detectives continued their investigation, they partnered with the United States Marshals Service to locate
and apprehend Hoang for attempted murder.

On January 3rd, 2022, the United States Marshals Service was able to locate Hoang in Huntington Beach and take him into custody without incident. Patrol Officers transported Hoang to the Torrance Police Station for booking on an attempt murder charge.

Detectives from our Crimes Persons Section were able to get a felony filing for Attempt Murder, Shooting at an Inhabited Dwelling, Assault with a Firearm, and Residential Burglary with a Person Present against Hoang from the Los Angeles County District Attorney’s office. Hoang is currently in custody pending the preliminary hearing.

This partnership will continue to grow stronger with the United States Marshals Service as the rise in violent crime increases in Los Angeles County. We are committed to working with our federal partners to support our victims of violent crime and assist them in seeking justice. The Torrance Police Department continues to encourage the community to be vigilant of any criminal activity. “See Something, Say Something.”