O.C. man charged with additional hate crime for violating the civil rights of a Japanese-American Olympian in a verbal attack 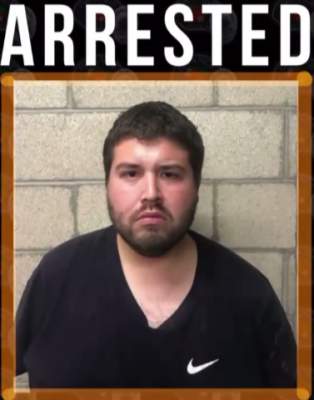 SANTA ANA, Calif. – A 26-year-old man is facing an additional hate crime charge in connection with an anti-Asian verbal attack on a Japanese-American Olympian in a park in Orange. The same man is already facing multiple hate crime charges for punching an elderly Asian couple in the face while they took a walk in the same park.

Michael Orlando Vivona, 26, of Orange, was charged today with one misdemeanor count of violation of civil rights for verbally harassing an Asian woman as she talked on the phone in Grijalva Park in Orange on April 1, 2021. Vivona is accused of aggressively yelling at the woman, threatening her, and spitting in her direction.

Seventeen days later, on Sunday, April 18, 2021, around 7:40 p.m. a 78- and 79-year-old Korean couple were taking their nightly walk at Grijalva Park in Orange when Vivona is accused of running up to them and punching the husband in the face, causing him to fall. As the couple attempted to find help, Vivona is accused of punching the wife in the head, causing her to fall.

Bystanders intervened and Vivona was arrested by the Orange Police Department. Vivona later made statements to police disparaging Asians.

Vivona was charged in April with two felony counts of elder abuse, two felony counts of battery – hate crime causing injury, and two felony hate crime enhancements. He now faces a maximum sentence of nine years in state prison and one year in the Orange County Jail if convicted on all counts. Vivona is currently being held at the Theo Lacy Facility in Orange on $65,000 bail.

“Anti-Asian hate incidents in Orange County are up 1800% over last year because of a national backlash against Asians during the pandemic. I will not tolerate and will punish all criminal haters. At every turn, I have encouraged more people to come forward to report hate crimes. Finally, they can have confidence that Orange County law enforcement and prosecutors are properly trained and will investigate and prosecute haters to the fullest extent of the law,” said Orange County District Attorney Todd Spitzer, one of Orange County’s outspoken leaders against hate. “If you witness a hate crime or you are the victim of a hate crime, report it to law enforcement. The Orange County District Attorney’s Hate Crime Unit will prosecute it when we can meet our legal standards for prosecution.”