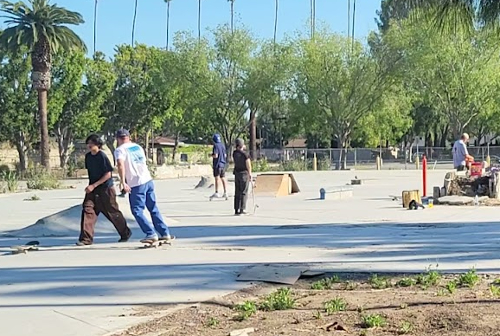 North Santa Ana NIMBYs stopped a luxury apartment development at 2525 N. Main St. The office building that was at that location was burned by transients and eventually had to be demolished.

The enterprising locals have turned the empty lot into a skate park of their own creation complete with several homemade ramps.

The City of Santa Ana would never put a city skate park at Santiago Park because of course the NIMBYs would not have it. But now that is exactly what they are stuck with – but worse it is an illicit and unpermitted skate park.

By now the lot should be a luxury apartment development that would have generated millions of dollars in annual tax revenue for the City of Santa Ana.

The NIMBYs won the development battle but it was a pyrrhic victory. But the locals are sure enjoying their new skate park!