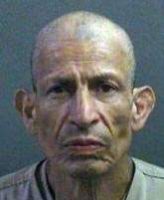 Between March 16, 1992, and March 19, 1992, Sanchez murdered 19-year-old Cari Ann Parnes in an orange grove orchard in Irvine. Days later, field workers found her decomposing body. The victim had skull and jaw fractures due to blunt force trauma, and major hemorrhaging in her brain, neck, spine, and chest. The field workers called 911 and the Orange County Sheriff’s Department (OCSD) responded to the scene.

During the investigation in 1992, DNA collected from the victim’s body was tested, but no match was made and the case went cold.

The case remained unsolved for eight years until 2000, when the OCSD linked Sanchez to the murder through DNA from the 1992 rape kit.  At the time of the DNA hit, the defendant had 27 aliases, 12 different dates of birth and five driver’s licenses. An arrest warrant was subsequently issued for Sanchez.

In November 2012, Sanchez was taken into custody in Tijuana for causing a disturbance in a business. The Mexican authorities notified OCSD investigators that they had Sanchez in custody and the extradition proceedings began.