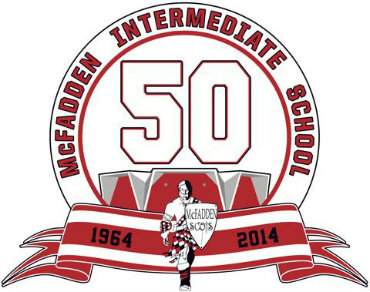 McFadden Intermediate School turns 50 years old this year, and to celebrate the school’s rich tradition and success, a Back to School Kickoff Mixer will be held at 4:00 p.m. this Thursday, September 18, 2014, in the school’s quad area, located at 2701 South Raitt Street in Santa Ana.

“To spark excitement and to spread the word about our 50th celebration that will be held April 16, 2015, we’re extended an invitation to members of the McFadden School community to come, network, reminisce, and learn about what’s currently happening at their alma mater,” said Ignacio Muniz, Principal of McFadden Intermediate School.

The Back to School Kickoff Mixer coincides with the school’s back to school night which takes place immediately after the mixer at 6:00 p.m. Having the two events on the same evening provides former McFadden students, teachers, and staff an opportunity to reconnect with the McFadden community and explore the campus.

Come and meet the first principal of the school, Harry “Pat” Hofferbert, when it opened in 1964. Mr. Hofferbert will be the special guest of the evening.