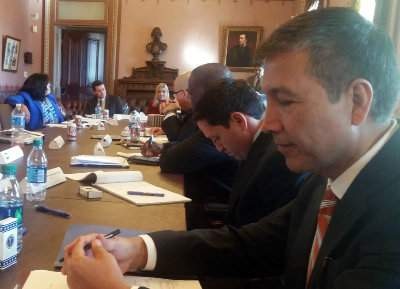 Sarmiento was among 27 distinguished local elected officials from throughout the United States invited to the Policy Leaders Convening in Washington, DC; he was one of four California elected officials and only one of two from Southern California. It was a tremendous opportunity for the City of Santa Ana and an honor for Mayor Pro Tem Sarmiento to be selected to represent our community at this important meeting. 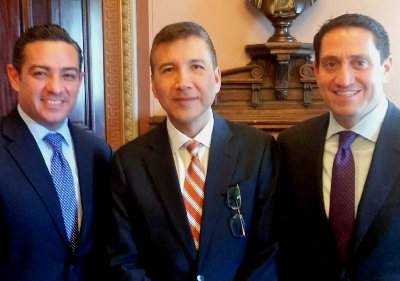 The meeting was hosted by U.S. Secretary of Housing and Urban Development, Julian Castro, and included a series of meetings with Senior Administration officials to discuss four primary issues: 1) climate, 2) healthcare, 3) economic progress and equality, and 4) social equality.

U.S. Secretary of Labor Tom Perez and Valerie Jarrett, Senior Advisor to the President, were among some of the other White House officials in attendance.

« Loretta Sanchez appears to be backing Bao Nguyen for Congress
Unity in the Community free Thanksgiving event set for Nov. 26 in Tustin »