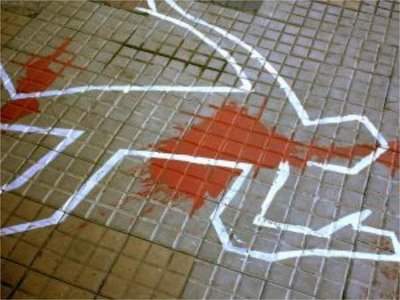 A 29-year-old man was found dead in a Santa Ana neighborhood Thursday afternoon after apparently crashing his truck into a freeway median, then getting out and running away, the California Highway Patrol said, according to the OC Register.

UPDATE: The dead man has been identified by the Orange County Coroner as Rigoberto Gomez, 29, of Santa Ana, according to the O.C. Register.

CHP spokesman Todd Kovaletz said witnesses saw the man driving recklessly in a 1992 Chevrolet 1500 pickup on southbound I-5 about 3:40 p.m. He lost control and hit a center-median wall before the truck came to rest in the right lane near Seventeenth Street.

A body was found on North Logan Street at about 5 pm. It was the driver.  Police say they found an open alcohol container in his truck.

Every death is unfortunate even under such circumstances.  We are all fortunate that no one else was killed while this unfortunate man was driving recklessly.

25 thoughts on “Updated: Rigoberto Gomez dies after crashing on freeway and running off”