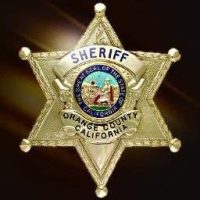 Orange County Sheriff’s Department (OCSD) deputies were called to a condominium at 12720 Newport Avenue in unincorporated Tustin just before 9 a.m. Wednesday when a neighbor heard a loud explosion and a piece of shrapnel landed in the backyard of his residence. Responding deputies contacted the suspect, Kevin Sean Welch, 38, of Tustin, who lives in an adjoining condominium. Deputies located pieces of a terra-cotta “chiminea” in the backyard of Welch’s residence, and Welch initially admitted to an accidental explosion resulting from an aerated can placed in the burning chiminea. No one else was at Welch’s residence at the time, and no one was injured in the explosion.

As deputies were investigating, they discovered items in plain sight that appeared to be explosive devices and fireworks. The OCSD Hazardous Devices Squad (HDS) was called and the residence was evacuated. Four additional adjoining condominiums were also evacuated, and surrounding residences were requested to shelter-in-place. Newport Avenue was closed from Wass St. to Warren Ave. while a search warrant was obtained and HDS conducted their investigation.

Upon entering the condominium, HDS investigators, who are fully-trained bomb technicians, identified a completed pipe bomb, additional partially-completed pipe bombs, illegal fireworks and a large amount of precursor materials used to make explosive devices. Welch was interviewed by investigators and may be connected at least two explosions in the Tustin area in the last few weeks. A full investigation into those incidents is ongoing. If you have any information, please contact OCSD North Investigations at 714-647-7065.

Welch was arrested and booked into Orange County Jail for felony possession of an explosive device near a private residence, possession of materials with intent to explode, misdemeanor possession of fireworks without a permit and misdemeanor sale of illegal fireworks. A bail enhancement hearing was conducted and Welch’s bail is set at $1 million dollars. He is expected to be arraigned Friday at Central Jail Court.