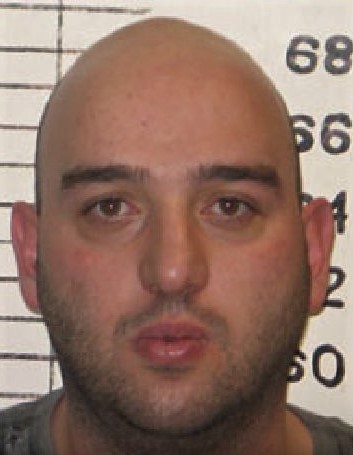 SAN DIEGO – A Los Angeles resident was sentenced today to 41 months in prison for his role building specialized devices to steal the financial information of unwitting victims at gas pumps throughout Southern California.

Robert Fichidzhyan, age 40, admitted in his plea agreement that he built “skimmers”—customized electronic devices that his accomplices secretly installed at dozens of gas stations to steal credit and debit card information from unknowing patrons. Fichidzhyan admitted that the conspiracy he participated in stole at least $619,923.45 during the period that he was involved.

“Identity thieves should not assume they are safe committing electronic larceny,” said U.S. Attorney Randy S. Grossman. “Anyone who victimizes the public in our jurisdiction will be brought to justice.” Grossman thanked the prosecution team, IRS-CI and Secret Service agents for their excellent work on this case.

As set out in court documents, Fichidzhyan’s accomplices broke into gas pumps throughout Southern California and installed customized skimming devices to steal victims’ credit and debit card information during otherwise legitimate transactions. Next, they made unauthorized cards encoded with victims’ information for their own use, stole victims’ funds, or otherwise sold victim financial information outright to others who would exploit it for their own gain.

Fichidzhyan admitted in his plea agreement that he personally received $249,890.00 from the scheme. He was ordered to forfeit that amount, and to participate in paying restitution of $619,923.45 to the victims of his crime together with his codefendants.

Another defendant in a related case previously received prison time for similar conduct. On June 23, 2022, Margar Simonyan was sentenced to 12 months and 1 day in custody in related case number 21-cr-2659-BAS, together with $11,810 of forfeiture and restitution. The next hearing in the case against the remaining defendants is set for March 20, 2023, before U.S. District Judge Cynthia Bashant.

This investigation involved significant contributions from many different sources, including state, local, and federal law enforcement partners, and assistance from and partnerships with the financial and private sectors, such as the National Cyber-Forensics Training Alliance (NCTFA). Anyone who believes that they may be a victim of this offense can visit the U.S. Department of Justice’s large case website for more information: www.justice.gov/largecases.

“The U.S. Secret Service works vigorously to combat financial fraud perpetrated against the Southern California community, particularly crimes related to skimming,” said SAIC Jason Reynolds of the San Diego Field Office. “The Secret Service, along with our local, state, and federal partners, will continue to be proactive in suppressing this criminal activity, and remains ready to investigate financial crimes wherever they occur.”