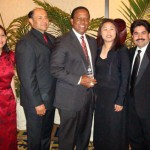 Matt Cunningham, a Republican blogger at the Red County blog, thinks that State Senator Lou Correa, who just won reelection, is going to run against Supervisor Janet Nguyen in 2012.  Here are a few excerpts from Cunningham’s post:

In 2012, Correa will be in the middle of his final term not only in the state Senate, but in the state legislature. If he has aspiration to remain in public office rather than seek his fortune in the private sector, his options are limited once he is termed out in 2014.

Challenging Sup. Janet Nguyen has several advantages, which I am sure have already occurred to Sen. Correa and his advisors as they ponder his future options:

I think Cunningham is very wrong, for a number of reasons:

I think that Assemblyman Jose Solorio is the one who is going to challenge Nguyen in 2012.  Even if she redistricts her seat, I think he has a great shot at beating her.  She has lost a lot of support even in her own community, in the wake of her disastrous attempt to take over the Little Saigon Black April event this year.