A man who was bleeding from a stab wound to the chest who was found by the SAPD while he was walking near the Center Justice Center courthouse on West Civic Center Drive and North Flower Street, early this morning at around 1:20 a.m. claimed that he was stabbed at at Original Mike’s Restaurant, located at 100 S. Main St., in Santa Ana, according to the O.C. Register.

The victim was located nearly a mile away from Original Mike’s when he was found by the police.  The SAPD was not able to find any  evidence at Original Mike’s restaurant showing anyone was stabbed in the area.

The police did not identify the man or his age.  He is expected to survive, after being treated at a local hospital.

The SAPD is requesting that anyone with any information about this incident call them at 714-245-8665 or you can call the Orange County Crime Stoppers anonymously at 1-855-TIP-OCCS or do so online at occrimestoppers.org. 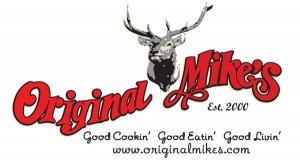 Original Mike’s Yelp page has a number of negative comments, including these excerpts:

Original Mike’s was inspected by the Orange County Health Care Agency on March 5, 2015 and issued these health violations:

They were previously inspected on September 29, 2014, and were issued these health violations: