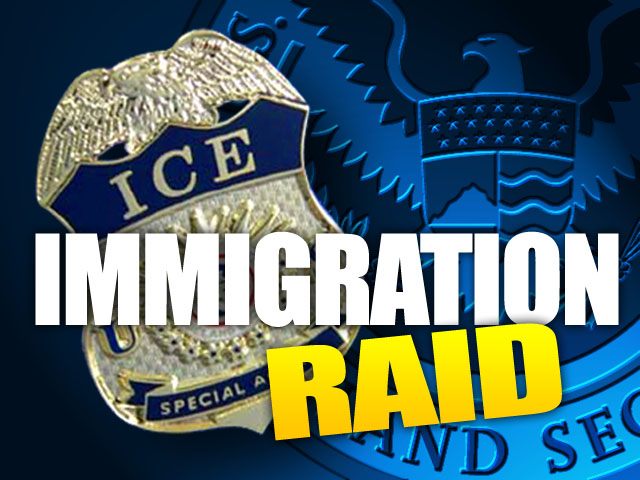 Obama is enforcing “the 1986 Immigration Reform and Control Act, which requires employers to keep records of workers’ immigration status, and prohibits them from hiring those who have no legal documents, or work authorization,” according to Z-Net.

What are our local politicians going to do about this?  Santa Ana has an all-Latino City Council.  Several of our Council Members are immigrants themselves, including Mayor Miguel Pulido and Mayor Pro-Tem Claudia Alvarez.  It would be great if they would step up and denounce these raids on their constituents!  Click here to contact the Santa Ana City Council.

Do you doubt the veracity of these reports?  The L.A. Times reported this moth that, “Immigration prosecutions rose to record levels in 2009 as the Obama administration kept up aggressive enforcement that began under President George W. Bush. Nearly 27,000 people faced serious federal charges relating to immigration in 2009, according to Chief Justice John Roberts’ annual year-end report on the judiciary.”

This has to be a very bitter pill for the thousands of Latinos who supported President Obama.

Hispanic voters played a critical role in electing Barack Obama the 44th president, delivering key swing states to the Democrats in a presidential election in which immigration did not ultimately become a contentious issue.

Sixty-seven percent of Hispanic voters voted for Obama while only 31 percent voted for Republican candidate John McCain, according to an exit-poll analysis by the Pew Hispanic Center.

And click here to join the Southern California Immigration Coalition.