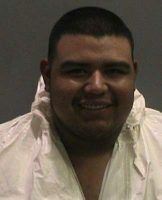 SANTA ANA, Calif. – A man was sentenced to 26 years to life in state prison today for the stabbing-murder of a stranger in a parking lot. Daniel Perez Munoz, 23, Garden Grove, was found guilty by a jury on Aug. 16, 2016, of one felony count of murder with a sentencing enhancement for the personal use of a knife.