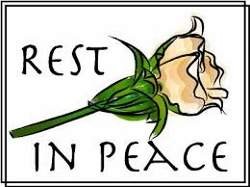 Rodriguez’ mother told us that her daughter was a happy funny caring women who always helped people out and was a big-hearted person who was full of life.  She was well-loved and had many friends and family, who are all mourning her loss.