Father sentenced for killing a man who beat up his daughter 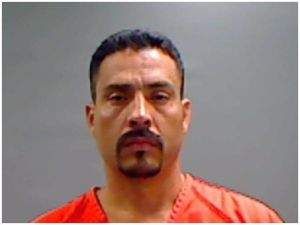 SANTA ANA – A father was sentenced today to 20 years to life in state prison for the murder of a Santa Ana man after becoming angry over a physical altercation that occurred at an earlier time between his daughter and the victim. Cesar Gerardo Marta, 43, Omaha, NE, was found guilty by a jury on July 2, 2013, of one felony count of second degree murder and a 1993 prior prison conviction for robbery.

At approximately 10:00 p.m. on May 26, 2010, 27-year-old Cesar “Danny” Gutierrez Hernandez left his Santa Ana home with his brother and a friend to give the friend a ride home. As the three men walked toward their car, Marta and an unknown accomplice approached the group and asked if one of them was Danny. The defendant sought out Hernandez with the intention of retaliating against him for a physical altercation between the victim and Marta’s daughter one month earlier.

Marta and his accomplice fled the scene when members of Hernandez’s family went out of the house upon hearing the commotion. Witnesses called 911 and officers from the Santa Ana Police Department (SAPD) arrived at the scene. Hernandez was transported to the hospital, where he was pronounced dead.

SAPD investigated this case and determined that Marta was a resident of Nebraska who was in California visiting family on May 26, 2010. At the time that Marta was identified in this case, he was already in custody in Iowa on a federal immigration case. He was extradited to Orange County from Council Bluffs, Iowa, on March 10, 2011.

At the sentencing today, the victim’s family submitted an impact statement letter to the court that said in part, “[the] entire family is joined in an abyss of sadness and torment as a result of this crime.”