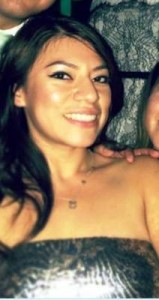 On Monday, April 27, 2015 at approximately 10 p.m., the Orange County Sheriff’s Department was notified after a group of biologist working for Cal-Trans, discovered a decomposed body in a rugged area off Ortega Highway, approximately 12 miles east of Interstate 5. A crime scene was established overnight until homicide and coroner investigators could assemble and begin conducting an investigation.

On Tuesday, April 28, 2015 at approximately 11 a.m., the body was recovered and transported to the Coroner Division. Investigators continue to process evidence collected at the scene as well as evidence obtained through the Coroner’s examination. Coroner investigators have not determined a manner or cause of death; however, an autopsy is scheduled for Wednesday, April 29, 2015.

« Avoid Harbor Blvd. and Adams Ave. for the next 2 hours due to a traffic collision
Santa Ana Cinco de Mayo Festival set for May 1 through 3 »