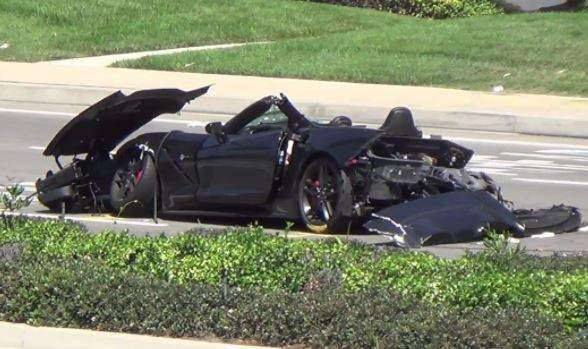 SANTA ANA, Calif. – A 26-year-old Irvine man was convicted today of two counts of second-degree murder for killing two women in a high-speed 2017 drunk driving crash in Irvine. The driver had been warned just before the crash that he should not be driving after a night of heavy drinking.

He faces a maximum sentence of 30 years to life. He is scheduled to be sentenced on September 3, 2021 in Department C45 at the Central Justice Center in Santa Ana

On July 22, 2017, Ortiz and Lopez agreed to take an Uber with Martin to the home of one of Martin’s friends. Martin diverted the Uber to his home in order to pick his Corvette up and drive Ortiz and Martin to his friend’s home.

At approximately 2:20 a.m., Martin had a blood alcohol content of .11 – more than the legal limit – with Ortiz and Lopez in his two-seat Corvette. Martin was driving 138 miles per hour when he lost control of his vehicle while running a red light at Jamboree and Main Street in Irvine.

The Corvette went airborne and hit numerous objects, including three palm trees. Martin and his two passengers were ejected. Lopez and Ortiz were pronounced dead at the scene.

Martin was taken to a local hospital and treated for his injuries.

Martin was arrested by the Irvine Police Department on December 11, 2018.

“The victims in this case mattered. They mattered to their loved ones, their co-workers, their friends, and they mattered to the Orange County District Attorney’s Office,” said Orange County District Attorney Todd Spitzer. “Driving under the influence of drugs or alcohol cost the lives of so many innocent people. The two people who lost their lives in this crash are not numbers. They are not statistics. These are real human beings who had their lives and the lives of their loved ones shattered because of the selfish decision of someone to get behind the wheel while intoxicated. If you have been drinking or using drugs, don’t get behind the wheel. The life you may save may be someone else’s or it may be your own. Thank you to the Irvine Police Department and to Senior Deputy District Attorney Eric Scarbrough for fighting for justice for these victims and making sure that every drunk driving victim matters.”