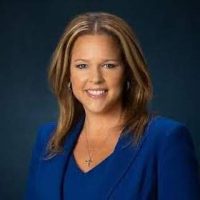 O.C. Deputy District Attorney Kelly Ernby, age 46, has passed away after developing COVID-19. Ernby was a Huntington Beach resident and a past Republican candidate for the State Assembly. She was also very active as a volunteer in the OC GOP. She spoke out often on Twitter against government mandates requiring people to get vaccinated against COVID-19.

OCDA Todd Spitzer responded to her passing on Facebook:

Her enthusiasm was contagious and she invested every ounce of her enthusiasm into her work safeguarding Orange County as part of our Environmental Protection team.

Kelly joined the Orange County District Attorney’s Office in 2011, specializing in environmental and consumer law. She previously worked for Gibson, Dunn and Crutcher where she practiced from 2002 to 2011.

The work of a prosecutor is not one that you can simply turn off at the end of the day. It is that passion and unwavering dedication to protecting our communities and fighting for victims that binds us together in the pursuit of justice.

It was an absolute privilege to fight the good fight alongside Kelly. Her passion and her shining light will be forever missed.