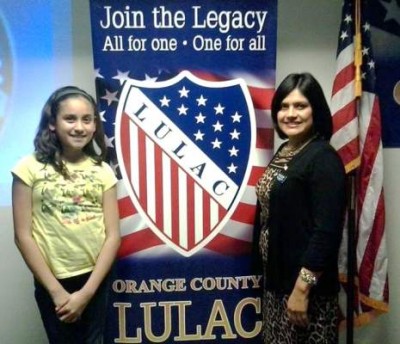 “I am honored to be endorsed by two such respected community leaders like Reuben Martinez and Frank Garcia,” Iglesias said. “My campaign for the Assembly is about putting community first, and I am grateful for such strong community support.”

Reuben Martinez founded the iconic Librería Martinez bookstore in Santa Ana nearly 20 years ago. A delegate to several Democratic National Conventions and a 2004 winner of the MacArthur Fellowship, Martinez serves as a Presidential Fellow at Chapman University, promoting literacy and education.

Frank Garcia founded La Casa Garcia restaurant in Anaheim more than 40 years ago. Nearly 30 years ago, Garcia founded We Give Thanks, which has provided over 200,000 free Thanksgiving dinners to Orange County families in need and has award scholarships to local students for 15 years.

Iglesias was the top vote-getter in the 2012 Santa Ana Unified School Board election. Born in El Salvador, Iglesias immigrated with her family to the United States and to Central Orange County 35 years ago. A graduate of Santa Ana Unified, she earned degrees from Santa Ana College and Cal State Fullerton. Iglesias resides in Santa Ana with her son, who attends local public schools.

« Who are Walker and Nick and why are they carpetbagging in Santa Ana?
UPDATED: Orange County Open Primary Election, June 3, 2014 Voter Guide »