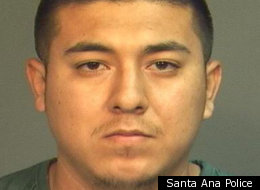 SANTA ANA – An intern for the City of Santa Ana will be arraigned tomorrow for surreptitiously creating 64 videotapes using his cell phone of men while the victims were using restrooms in City Hall. Miguel Ruiz Fabian, 24, Santa Ana, will be arraigned on 23 misdemeanor counts of disorderly conduct by unlawful viewing and faces a sentencing ranging from probation up to 11 years and six months in jail if convicted. The People will be requesting Fabian be held on $15,000 bail at his arraignment tomorrow, Thursday, Sept. 1, 2011, at 8:30 a.m. in Department C-47, Central Justice Center, Santa Ana.

At the time of the crime, Fabian was an engineering student at California State Polytechnic University, Pomona and was an intern for the City of Santa Ana Public Works Department.

On 64 occasions over 23 separate days between Dec. 28, 2010, and May 31, 2011, Fabian is accused of using his cell phone video camera to surreptitiously record men using the restroom at Santa Ana City Hall and the Santa Ana City Hall Annex. He is accused of entering bathroom stalls and putting his phone on the floor to record men in the adjacent stall urinating and defecating.

On May 31, 2011, a victim looked down while using the restroom and observed a cell phone on the floor at the foot of his stall. He grabbed the phone, identified Fabian as the owner, and called 911.

The victims were primarily employees of the City of Santa Ana and all of the victims who could be identified have been contacted by the Santa Ana Police Department, who investigated this case. The identities of some of the victims are still unknown.

« SB 791 will raise gas taxes to allow local communities to fix transportation
DPOC Chairman Barbaro rips Alvarez, but he once compared Bush to the Nazis »