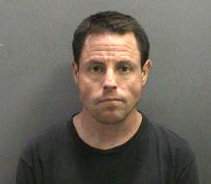 SANTA ANA – A Huntington Beach church worship leader was sentenced today to 36 years to life in state prison for sexually assaulting a boy relative and producing child pornography. Jeffrey Adam Tracy, 38, was found guilty by a jury Oct. 16, 2014, of two felony counts of oral copulation of a child 10 years old or younger, four felony counts of lewd acts upon a child under 14, and one felony count of using a minor for sex acts.

In April 2013, U. S. Immigration and Customs Enforcement’s (ICE) Homeland Security Investigations (HSI) and other members of the Orange County Child Exploitation Task Force (OCCETF) began investigating the defendant for uploading child pornography videos on the Internet using various file sharing programs. On Sept. 25, 2013, members of the OCCETF executed search warrants in connection with the case. Tracy was subsequently taken into custody Sept. 27, 2013.

“Tragically, it’s not uncommon for individuals targeted in cases involving the production and distribution of child pornography to also be engaged in the hands-on sexual abuse of children,” said Claude Arnold, special agent in charge for HSI Los Angeles. “What makes this case even more heartbreaking was that this predator’s young victim had a disability. Fortunately, the lengthy sentence imposed today virtually assures that no more children will fall prey to this defendant.”

During the investigation, HSI special agents discovered that between 2008 and 2012, Tracy sexually assaulted a minor male relative, John Doe, by orally copulating the victim, committing lewd acts upon him, and videotaping some of the sex acts. Tracy e-mailed the illegal child pornography videos of the sex acts with John Doe to various unknown individuals. John Doe was under 10 years old when the sexual assaults took place.

At the sentencing, family members of the victim delivered impact statements to the Court. “I still get sick to this day as I cannot get the visions and words out of my mind (referring to the evidence in trial), said John Doe’s grandmother. “I simply cannot understand how anyone could do such a cruel and inhumane thing to such a sweet and innocent child or to any child.”

In addition to HSI, the OCCETF is comprised of investigators from the Orange County Sheriff’s Department; the Federal Bureau of Investigation; the United States Postal Inspection Service; and the Huntington Beach and Newport Beach police departments.

« Why is City Manager David Cavazos demanding a raise when he already makes $800K a year?
OCDA looking for additional victims of Santa Ana man charged with child molestation »